Forgive me phoGARDENtog, for I have sinned.  It’s been three years and one month since my last blog.  Please accept the following explanation for my actions (or lack thereof).  It goes something like this…

One step forward, then two steps back (followed by a sudden series of staccato knuckle sandwiches upside my head), or something to that effect.  At least that’s the way it feels to me at this point in time.

What am I talking about, you ask?  After spending eight years diligently working on my last garden, the Great Recession of 2008 decided that I needed to change things up a bit.  So, goodbye garden  and hello blank slate.

Why, you ask?  Well you see, when the Great Recession started, I was employed as a Civil Engineer who had spent the previous 10 years doing residential and commercial land development consulting in Fort Collins, Colorado.  When the housing and construction industries took a spiraling header into the economic toilet, there was very little love to be found for civil engineers, especially those with experience such as mine.  After four years of essentially being unemployed, I sold my garden (along with the adjoining house) and moved to Austin, Texas to accept a land development consulting job offer.  For various reasons, Austin’s economy was somewhat immune to the downturn.  So, for the next sixteen months I was living in someone else’s garden (renting a house) just outside of Dripping Springs.  In my opinion, living in someone else’s garden is a bit like wearing your next-door neighbor’s underwear.  It gets the job done, but isn’t particularly enjoyable, or sustainable - definitely not my underwear.

Anyway, as luck and the Law of Attraction would have it, after serving my 16 month sentence in Austin, I was able to move back to Colorado and buy a house in a neighborhood close to my old garden.  And that brings me to the whole point of this blog.

As part of some much needed therapy, I’ll be blogging about my new garden as it evolves. I’m pretty much starting from scratch.  As you will see from the photos below, I have inherited someone’s meager attempt(s) at what would have to be described as indifferent and/or impassionate gardening.  Because of the extra effort required to rectify their halfhearted landscaping attempt, I would have been better off had there not been any existing landscape at all.

Oh well.  I hope my future gardening efforts result in the therapy I’m looking for, and I hope you enjoy my journey as I go forward. 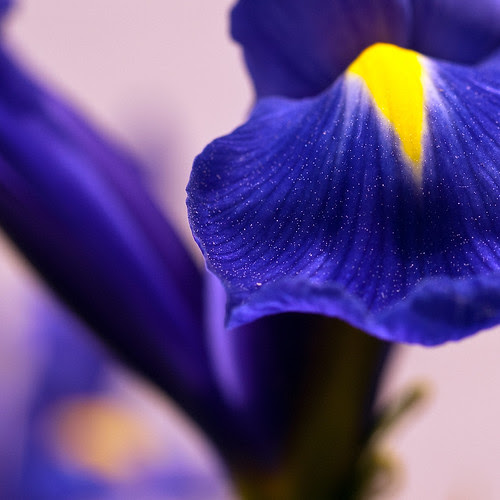 A Dusting, a photo by phoGARDENtog on Flickr.
I captured this iris at the Junior League of Fort Collins Terrace and Garden Tour in Fort Collins, Colorado a couple of years ago. (Zuiko 50mm macro, f/5.0, 1/640 sec., 100 ISO, handheld)
Posted by Anonymous at 7:13 PM 9 comments: 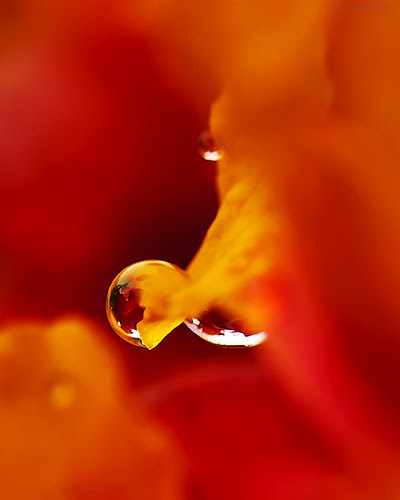 Hubble Madness, a photo by phoGARDENtog on Flickr.
I captured this abstract shot of a water droplet on a Pride of Barbados in Austin, Texas. (Zuiko 50mm macro, f/2.2, 1/640sec., 100 ISO, handheld)
Posted by Anonymous at 12:37 PM 6 comments:

It's the Little Things in LIfe 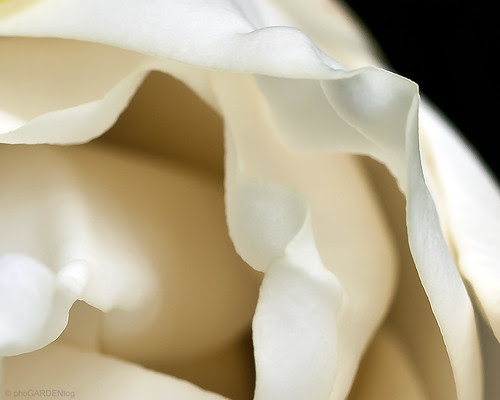 Abstract is, as abstract does. Huh? 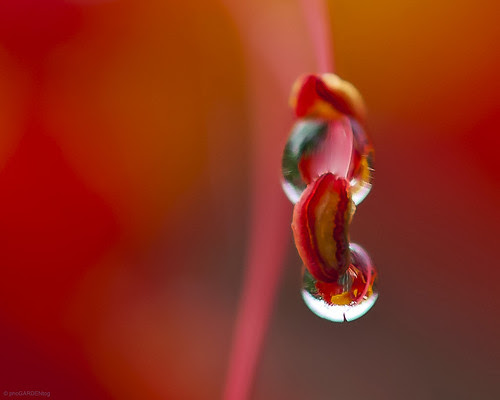 Abstract is, as abstract does. Huh?, a photo by phoGARDENtog on Flickr.
You're looking at a couple of anthers and water droplets at the ends of very long Pride of Barbados filaments. I captured this shot in Austin, Texas. (Zuiko 50mm macro, f/2.0, 1/640sec., 100 ISO, handheld)
Posted by Anonymous at 7:58 PM 7 comments:

A Simple Stack of Needles 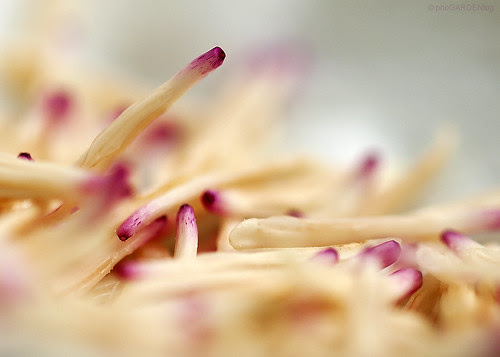 No Time for Play 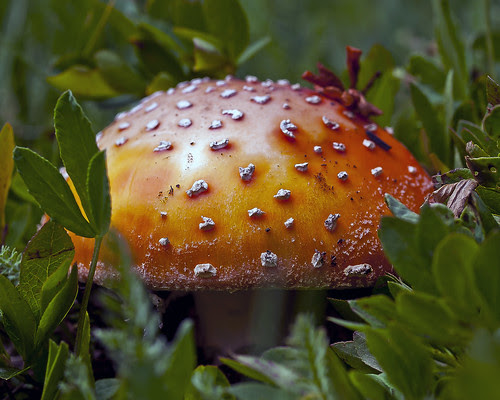 No Time for Play, a photo by phoGARDENtog on Flickr.
I captured this mushroom in Rocky Mountain National Park a couple of summers ago. (Zuiko 50mm macro, f/6.3, 1/250sec., 100 ISO, handheld)
Posted by Anonymous at 9:44 PM 8 comments:

To help followers of my blog see, recognize, and appreciate the beauty of horticulture and nature by providing exceptional quality garden photographs and supporting information.